You Are Here: About us 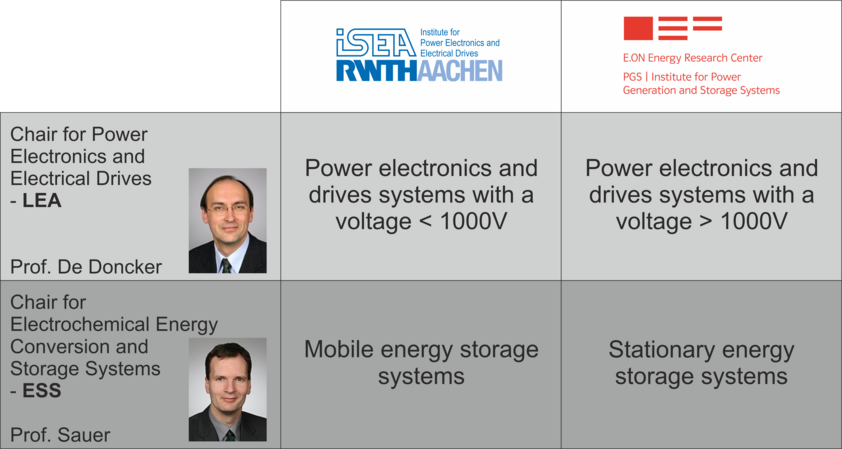 The Institute for Power Generation and Storage Systems (PGS) was founded in 2006 when the E.ON Energy Research Center started at RWTH Aachen University as public private partnership. It was established out of the High-Power Group from the Institute for Power Electronics and Electrical Drives (ISEA). Prof. De Doncker heads the institute PGS and also the division for Power Electronics and Electrical Drives, while Prof. Sauer is in charge of the Storage Systems division.

Between ISEA and PGS close collaboration exists. The research fields and applications have been divided between the institutes as shown in the graphic.

Professor Rik W. De Doncker and his team are researching and developing power electronic converters and electrical drives for medium-voltage applications. The research on power electronics covers the full development chain, from new and improved thyristor-based semiconductor devices over passive components to new converter topologies. A focus of the institute is the development of medium-voltage direct current grids and the components required for them.

In the ESS-division, under the direction of Professor Dirk Uwe Sauer, the institute conducts research on electrochemical storage and energy conversion systems, e.g. large battery storage systems and electrolyzers for the production of hydrogen. Also studies about the need for storage systems in electrical grids in general are conducted.