You Are Here: Prof. Jayant Baliga gives a lecture about power electronics devices

Prof. Jayant Baliga from North Carolina State University will be on a research visit at the E.ON Energy Research Center of RWTH Aachen University for two months and is willing to give part of the lecture during his stay. 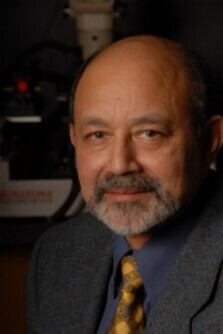 PProf. Baliga is an internationally renowned researcher and expert in power semiconductor devices. In particular, he is widely recognized as the inventor and principal developer of the Insulated Gate Bipolar Transistor (IGBT), which is the most widely used power transistor today. Prof. Baliga has been given a number of IEEE awards and he received the “National Medal of Technology and Innovation”, the highest form of recognition given to an engineer by the United States Government, from President Obama. Scientific American magazine included him among the “Eight Heroes of the Semiconductor Revolution”. As Prof. Baliga will arrive in Aachen end of Mai the lecture will start just then. Additional information can be found at